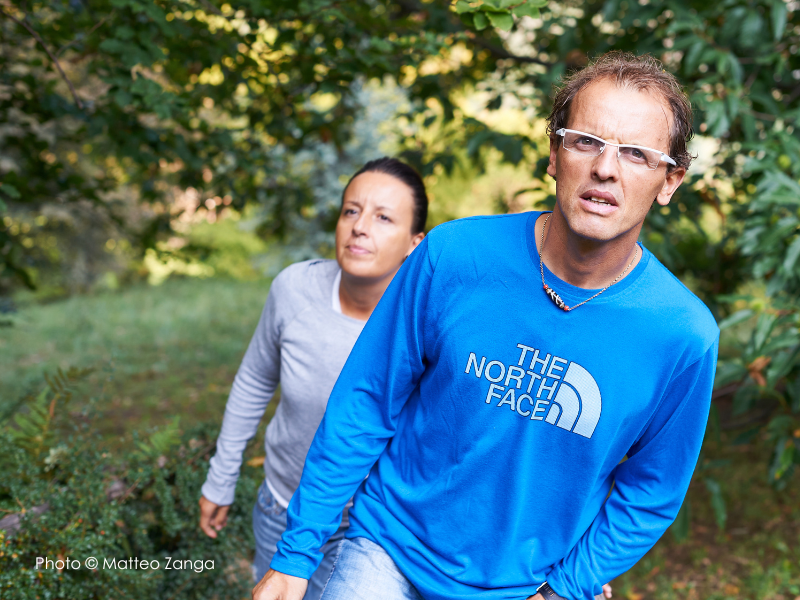 I vividly remember the day when I was first asked,

Simone Moro and I were presenting our book The Invisible Team and I must say that, such a direct and (seemingly) trivial question caught me off guard – surprisingly given the topic we were dealing with and the title (!) of the book…

It is indeed true that more often than not, questions that are considered “simple” are the ones that conceal complex answers and, above all, get to the deeper meaning of an argument without much thought.

In any case, it was an enlightening question that carried with it a complex answer and, above all, initiated a whole series of reflections, reasoning and thoughts…

let’s take it from there: what is invisibility?

What is Invisibility in a work team?

Invisibility, the one I refer to here and which is the subject of the book, belongs to a job, to a role, to work dynamics; it has to do with methods, processes, and relationships. It belongs to someone who is “invisible,” as opposed to someone else who is, instead, “visible,” in a given situation and at a given time.

In the case of The Invisible Team: Simone Moro is visible and I am invisible along with a team of invisibles.

Making use of a metaphor, it is like the invisibility of those who move behind the curtain of a theater: stagehands, makeup artists, hairdressers, scriptwriters, directors, stage helpers, cashiers, security…

Stepping out of the metaphor and into the company concerns everyone close to management:

the executive assistant, the administration office, human resources–and from there down to the base of the pyramid encompassing everyone in the structure.

Hence it is all quite “straightforward” so far, but if we go back to the dynamics out of which the book was born for a moment and the consideration it brings, the matter gets somewhat more complicated : in the Invisible Team, in fact, I am also somewhat visible. It is a visibility I demanded: I wanted my name on the cover, my bio and my photo (at least on the back…).

So does the issue of invisibility all come down to a no-name or no-face or no-stage (whatever the form) of the unseen and unknown to most?

And the minute the non visible becomes somewhat visible does it automatically stop being invisible and falls out of the “category”?

Invisibility is a role that is both chosen and practiced

The working world is rarely, in fact perhaps almost never, “aware” of the visible/invisible dynamics that corporate roles and structures require, and as a result the member of a team is rarely “challenged” by his or her own invisibility.

Being “behind the scenes” is an implied consequence of certain roles and tasks so it is really important to spend some time and energy to focus on the different roles in a team or project so that everyone is aware of and prepared to do their best work.

Upstream, to be the invisible of the team requires a conscious choice, one needs to love one’s work, one needs to have an ethic and a certain centering to make compromises (between you and you) and stay focused on the job and the beautiful high goal, and not to shift frustrations, problems, and discontent to relationships within the team and relationships between visible and invisible.

And, perhaps, another of the things that needs to be kept in mind is that all of this is easy at some times and can be difficult at others, and the fact that it can be difficult at times is not a reason to question everything. Difficulties are part and parcel of all professional dynamics, and being aware of these difficulties just means that we have to learn to come to terms with what we are less comfortable with and find in our goals and in what makes us choose to be part of a team the motivations to call upon in times of difficulty.

Then, it is true, that it may also make sense to define the boundaries of acceptable and unacceptable, but we already know that they are/will be elastic boundaries. This is also part of the invisible work.

What are the times when being in the role of invisible is difficult?

To answer this perhaps we should consider what the visible/invisible relationship rests on, which when structured with awareness and methodology becomes a true alliance built by:

Nota bene: When one of these pillars cracks, the alliance falters because it questions its true value.

Hence, it is not important that the invisible always remains so, however, it is important that it always has role and boundary awareness and in this specific case comes out of invisibility with a sense and with resolve, approval and support of all.

When the alliance is not in question and is therefore protected and defended, the manifestation of the invisible can become an additional strength of that same alliance by leading it to envision an extension of its original vision, dream, project.

Leading it to grow!

Available in all bookstores, all online stores, and in audiobook on Audible.

A small step for a platypus, a big step for Ornitorianna

Seven things to throw away, eleven to celebrate, and five to promise