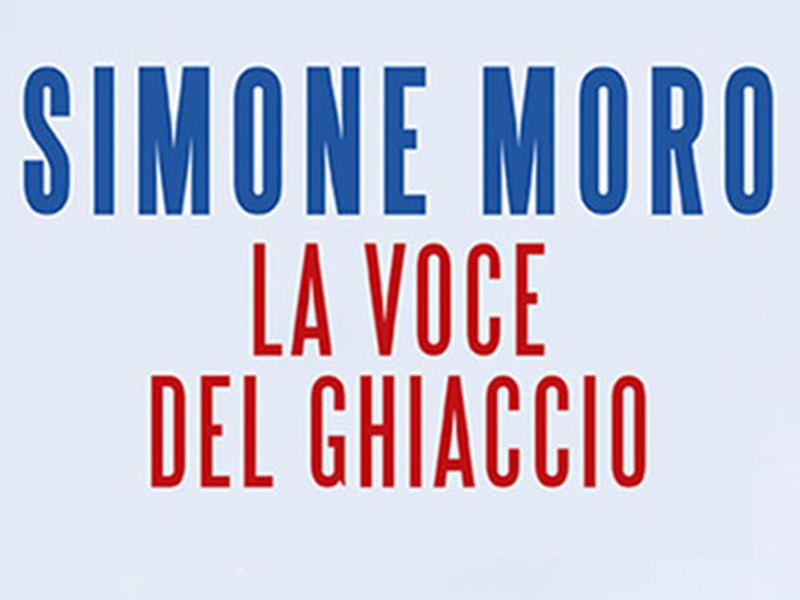 In the middle of his extraordinary climbing career at the age of 44, and after completing 44 expeditions Simone Moro has the desire to tell his story, and overall to bring the focus onto what he defines as his “ almost unimaginable dream”: the ambition and subsequent decision to tackle the highest peaks during the most adverse season, winter.

Nothing out of the ordinary but ,.. if you consider that sitting in front of a computer for Simone equals to succumb to an activity which is far to static for “muscles in full force” and that his call for the mountains is inescapable – well then, things do get slightly complicated..

For the very first time in mountaineering literature, this book has been entirely authored in winter while ascending the Nanga Parbat an 8000mt peak, by Simone at the end of December in 2011

This for him, was the perfect situation to recall his past adventures, to find the required inspiration and concentration. He corrected the drafts during his layover at base camp, immediately sent his precious photographic evidence that form the second of the two amazing inserts.(the first relates to his previous enterprises and are not less astonishing)

Due to the exceptional circumstances it took shape in, the “The call of the ice” is a thrilling, authentic and meaningful reading not only for mountain lovers.

Simone leads the readers from one step to the next throughout his unique career:

From the highest summit of the two Americas, the Aconcagua expedition, to the most dramatic one on the Annapurna which ended with the loss of his beloved friend Anatolij, to the double attempt on the Shisha Pangma (the first in vain, and a climber must learn the value of giving up by acknowledging and by accepting his limits) to the Broad Peak, and subsequently exploring the Batura Valley in Pakistan, where he has given birth to a mountaineering school foundation in Shimshal open to young girls and boys, a precious gift to the local community, and the recent success conquered just before the unleashed fury of the mountain, Gasherbrum II,

A breath taking journey of his secrets in mountain climbing which don’t pursue records to add to a curriculum, but his extreme passion for adventure and exploration, the only fire that still burns at 8000meters in winter.

Published in USA by Mountaineering Books

Published in Germany by Malik Piper Verlag “In Eises-Kaelte”

Who cares, I do