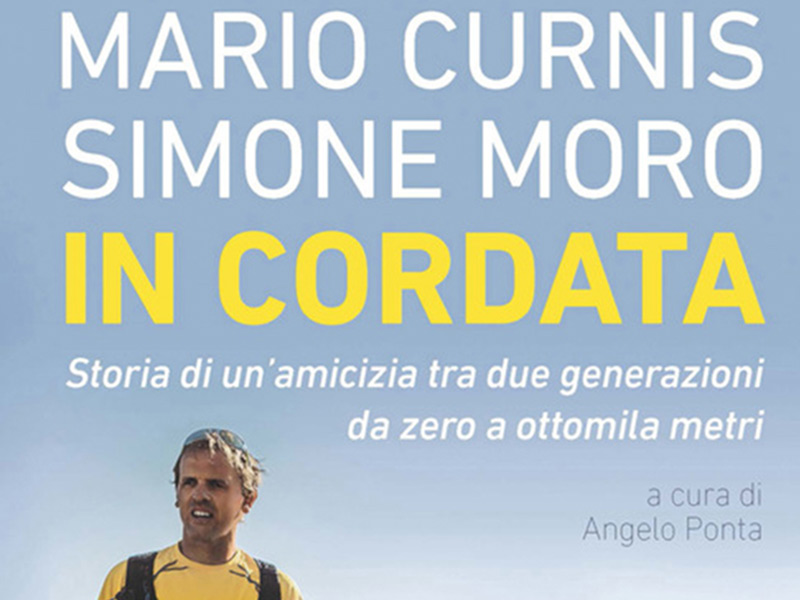 When Simone started climbing at only fourteen years of age, he met some great climbers. Brave strong men to aspire to, such as Messner and Bonatti.
At this point however, he is yet to meet the man that will transform his mountaineering spirit and become a trusted climbing companion: Mario Curnis.

Simone and Mario first meet at the beginning of the 90’s,at a restaurant in Bergamo called K2, a well-known meeting point for local climbers. From that moment on, they become inseparable. They start climbing together, go on excursions near and far, and take on important missions: thus, in 1999, they take on the 7000 of the Soviet Union;

in 2000 they complete the entire tour of the Bergamo Alps, and in 2002 they conquer the world’s highest peak, Everest.

In cordata  is an honest comparison between two generations of mountaineers, two climbing companions but above all friends, united by their unconditional passion for the mountains, which they do not necessarily experience the same way. In fact, Moro continued on to make mountaineering his profession, while Curnis practised it as a hobby, and never left his job as a construction worker.

This book also documents the evolution of mountaineering from hemp ropes to Gortex, making us understand that despite the use of sophisticated technology, nowadays as always, conquering any summit means discovering the unknown and experiencing unparalleled freedom.

Hovering in the air