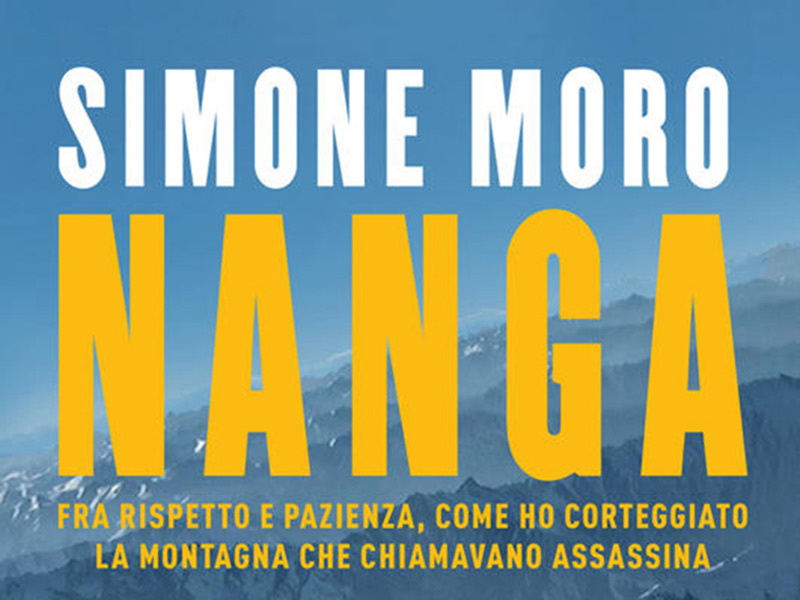 Moro’s attraction to Nanga was simply electric. Like a spark ignited on the pages of books Simone read as a child narrating the extraordinary endeavours of mountaineers like Albert Mummery, Hermann Buhl and Reinhold Messner; all leaving their mark on the peaks they conquered, and in certain tragic cases, their lives.

As time went on, the spark developed into an overwhelming passion, a true love for a majestic peak that over time continued to reject many a climber.

In the summer of 2003, as the mountain walls are finally within Moro’s grasp, he fails to reach the summit. This does not imply the end of his dream. On the contrary, it only marks the beginning of a long and patient courtship, extending over thirteen years,  narrated in this emotionally compelling book.

Thirteen years and three attempts to summit in the winter, consisting of unexpected situations, surprises, new routes, and new equipment,  avalanches and snow storms, crevices and ice caves, winds of 200 kilometres per hour and clear blue skies…. And above all, climbing successes accomplished by simply putting one foot in front of the other, showing an incredible tenacity and constant respect for the mountain, nature, as well as our own human limits.

“February 26: the weather is amplifying. At this point, this is how we saw it: augmented, surreal and slow. Each of us was functioning on autopilot, solely focused on our own rhythm, our own fatigue, our own problems. We were just over 7800 metres. No one spoke of time, concentrating instead on putting one foot in front of the other, just taking a step forward. There were seven, to be exact; stopping, looking up, in the hope that those seven steps would, by some miracle of God, bring the summit closer to us. It instead, seemed to remain relentlessly distant.”

The courtship ends on that day. At 15:37 Simone Moro – in that expedition with Tamara Lunger, Alex Txikon, and Ali Sadpara – reaches the Nanga Parbat summit, fulfilling a thirty year dream and making mountaineering history.

Nanga will soon be published in Spain.